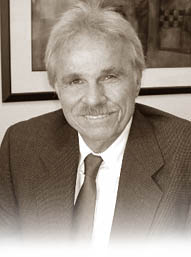 Order Now
What you'll get:

Archive of Past Newsletters & Hotlines

Dan Sullivan began investing in the stock market in the eighth grade, purchasing shares in Gotham Hosiery at $10.00 per share. His rationale for selecting this particular stock was twofold: It was cheap, and it had experienced the most drastic decline in the past year compared to other listed stocks. In the end, this strategy proved unsuccessful. Though burned by this first experience, determination propelled him to search for new answers. Several years later after his initial venture in the market, Sullivan read two books that completely reversed his original investment philosophy of buying at the lows: “Battle for Investment Survival” by Gerald Loeb and “How I Made Two Million in the Stock Market” by Nicholas Darvas. Both authors advocated buying stocks that were already moving up rather than buying stocks at their absolute lows and then waiting for them to move. In other words, buy high and sell higher. Adopting this new methodology drastically improved his investing habits, and despite market fluctuations since his revelation, it still remains his modus operandi.

With a few years of market experience under his belt, Sullivan felt prepared to share his views and recommendations with others and seriously contemplated starting a stock market newsletter. Possessing the knowledge but uncertain of his writing skills, he practiced writing a few newsletters, comparing his to the one’s brokerage firms distributed to clients. The content and lingo were similar. So in 1969, he began publishing a stock market newsletter entitled The Chartist. In 1988, he began a second monthly newsletter targeted to mutual fund investors that he named The Chartist Mutual Fund Letter.

Sullivan then turned his attention to money management. However, before risking other people’s money, he successfully managed his own and his mother’s. This family account became the basis for the “actual cash account” that is found on the front page of each issue of The Chartist. Designed to serve as a personal track record, the “actual cash account” replicates with real money each buy or sell recommendation the newsletter issues to subscribers. In short, he “puts his money where his mouth is” – a bold stance that signals confidence in his investment style and a trait that separates him from many of his contemporaries. Although quick to acknowledge the difficulties an investment advisor faces when his own money is on the line, he believes that the advantages outweigh the disadvantages, especially for the client. There is the issue of accountability. Your record is exposed. If you are wrong, you can’t gloss over it. You experience the same profits or losses as your clients.

Though his trend and momentum models are proprietary, Sullivan does share a couple of momentum indicators that he discovered. In the past, one of his inventions, the Chartist 90% Rule, was credited to another technician. To prove ownership, he offered a reward in The Chartist to anyone who could produce a back issue that contained the original introduction of this indicator. An alert subscriber soon produced the needed evidence.

Complementing his proprietary models is his meticulous approach to portfolio management discipline; profits are allowed to run, losses are quickly cut. A predetermined stop-loss point is given to each stock in his portfolio. When the stop is violated, it is immediately sold from the portfolio. On the upside, he uses a rising mental stop, which gives the stock plenty of leeway for normal corrections. This prevents him from being “shaken out” of a position too early in the cycle. It has always been Sullivan’s contention that it only takes one big winner to make up for a host of small losses.

He uses relative strength for his stock selection process. Essentially, this is a buy high, sell higher approach. The basic concept of relative strength is that the stocks that are stronger, compared to their peers, will appreciate to a much greater degree than the average issue. This dictates buying stocks after they have already made significant gains. The average investor finds this difficult to do because it is, in effect, the opposite of conventional lore of buying low and selling high. The high relative strength stocks, however, are exactly the ones Sullivan wants because they offer the potential for the greatest gains.